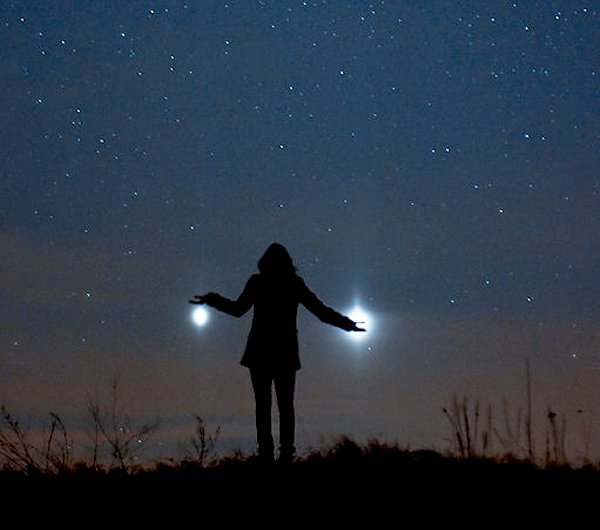 To lie awake each night

When my thoughts run wild and free?

The night has become the dawn for my imagination

The stars hold the key to my inspiration

In the darkness I can clearly see….

I remember her from a long time
The girl with twinkle in her eyes
Chubby cheeks, round face
And a smile in her lips that never dies

Always crazy and always carefree
Someone,who can never stop talking
A little naughty, a little witty
Who would hop a little, jump a little just for nothing

Then something went wrong
That changed her drastically
And she went inside her cocoon
Slowly, silently and surely

No bird could hear
Her silent cry
When without letting anyone know
She had decided to die.

No note, not even a word
To leave behind
So sulky on life that
You didn’t even tell the reason why.

So many still love you
You didn’t even consider
Your near and dear ones too
You decided not to bother.

I still remember her
The girl with twinkle in her eyes
Unmoved, who closed all her doors
And finally decided to die.

Trying something to write based on my yesterday’s paper Control Systems. Attempt to mix electronics with our lives

Their coming in are routed about,

molded and shaped on their way out.
Outputs are exchanged for things coming in;

and the cycle starts all over again.
Systems are loops,

Focusing on “parts” doesn’t make much sense.
If you would make use of the systems view, here’s some well-meant advice from me to you:
When observing systems from the outside, trace their outputs back to their input side,
for what systems “do,”

or so I believe, is act to control the things they receive.
A system’s first purpose is to survive; it takes new inputs to keep it alive.
Some are changed, transformed, and these pass on through; others nourish, they sustain and renew.
Outputs for inputs: these interactions are more technically known as “transactions.”
For the human race, it is much the same; we all are involved in the systems game.
But stand well clear of the digital view; it doesn’t fit me, it doesn’t fit you.
Our lives are continuous, not discrete.   Besides, bits and bytes don’t love, sleep, nor eat.
Though behaviorists rant, and some might rave, stimulus in doesn’t make us behave.
The S-R model is a mindless one, human as “black box” – an automaton.
Conditioning can’t work, so why the fuss? We human beings are autonomous.
Behavior results in things rearranged, the measure of which is perception changed.
Saying what should be requires believing; gauging what is depends on perceiving.
Perceptions tightly linked to intentions; any gaps soon closed by interventions.
Made up of people and thus perception, organizations are no exception.
Remember, all those goals and objectives are nothing more than human directives
conveying some boss’s valued “druthers” (to be achieved through the labor of others).
Problems regarding what other folks do can best be resolved from the systems view.
Step One is to Align the Reference.

Mind you, this is more than mere preference.
Feedback is not found in your words to me; it’s found weighing my goals with what I see.
Perception.  Reference.

These are the keys to unlocking mysteries such as these:
Why? Why do we humans do what we do? Who’s in control? Is it me?  Is it you?
The answers are there, waiting to be found in studies of loops going ’round and ’round.
There is a moral, a point to this rhyme of cycles of events tumbling through time:
Listen with great caution to those who shout for you to focus on what you put out.
Their self-serving clamor, their raucous din, should not distract you from what’s coming in.
There are no hard rules for what should go out save this one: It will somehow come about that what goes out will affect what comes in. What you produce is irrelevant, then,
except in light of its impact on you. That is the essence of “the systems view.”
Enjoy these few small truths, ponder them well, and perhaps some day in turn you can tell someone you know – be it family or friend – how there is no beginning and no end,
no cause, no effect, not one can be found in closed loops going around and around.

Today is your Marriage Anniversary Di …I am sharing this post once more for you ..despite of my exam tommorow…you must be busy celebrating the same with Jiju…wishing you a happy married life forever.

Here’s  a pleasant surprise for you

How would you feel to know that I was present at your marriage ceremony even though we didn’t knew each other.

It was 22 May 2015. For first time I had come to Shanti Nagar…where my father’s friend Rakesh Soni once lived. Now he has shifted to Pune.I hate the humid and hot climate of Mumbai in summers as I literally get drenched in sweat.

I had just come to the venue Bapa Sitaram Temple  thinking it was a temple of Lord Ram and Godess Sita.But it was a temple of Saint Sitaram. At the same time there was a marriage ceremony going on.I felt the presence of someone very close to me.

Curiosity pulled  me towards the marriage pandal even though I was an uninvited person by both the parties.The feeling of someone close to me became stronger and stronger.

I stopped. I saw you dressed in red transparent saree and blue blouse standing alongwith your sister.

I realised this just 3-4 days ago when I saw the photo your sister in one of your posts .She is an unique person and can be identified easily.

Your spouse wore a dark red sherwani.The remarkable thing was he hadn’t shaved yet he looked very handsome. The stage bore his name S –  –  –  – – H and yours written in yellow colour.

I could sense the feeling of happiness and satisfaction on your face getting married to a person whom you like most and at the same time a feeling of sadness for leaving behind your family… the persons whom you love the most.

I felt like I should walk upto the stage and  talk with you but since we were unknown to each other ..also I was a stranger and uninvited guest …somehow I controlled myself and walked away.

Yet happy to be a part of most important day of your life.

The open window,
Is Gayatri’s only portal to the outside world,

Because there is ice in her legs,

Saving from constantly hurting her toe against the edges of the staircase.

At least that is what Ma(Mother)told her.

Ma (Mother) is a good liar.
☆☆☆☆
Her butterfly heart flutters,

As the wind caresses her face,

But more often than she wishes to acknowledge,

She must remember- that dreams and capabilities are two different words.

She dreams to run towards the setting sun,

Which gets lost somewhere on the other side of the horizon.

The open window lets her see this much only.

Moving in perfect harmony like the sun moves up and down the horizon.

Remembering how Ma (Mother)told her- that the number of wheels decided the worth of a vehicle.

Ma (Mother) is a good liar.

The sun rises up the horizon.

No cuckoos have time to wake up Gayatri.

The sun is Gayatri’s cuckoo.

With the rising sun,

A genial smile plastered on his face.

He comes from the other side of the horizon,

And unicorns ride on rainbows,

Where the sun never sets.

Ma (Mother) is a good liar.

Gayatri can see herself running in the meadows,

The raindrops colouring the blank canvas of her body,

The wet mud spread all over her like streaks of brown paint.

Lying on the ground,

Baba(Dad) is a bad painter.
In all this rain,

Ma’s  (Mother’s) eyes have decided to help too,

Trying to wash away the dark colour she seems to be coloured in.

The sun has decided to part with Gayatri and Mark.

Ma tells Gayatri that the nights are shorter in this season.

But the sun hasn’t returned.

It has been the longest night in Gayatri’s life.

Of black and white.

And the stories of unicorns and supernatural beings have stopped,

Ma has stopped talking too.

She just sits in a corner silently,

As if her legs have frozen too.

Maybe she got tired of hurting too.

☆☆☆☆
There is light every morning,

And dark every night,

But who would tell Gayatri’s wretched soul,

That Baba’s (Dad’s)smile was her cuckoo,

And sometimes cuckoos fly away,

Because the other side of the horizon is a beautiful place.

☆☆☆☆
But who would tell Gayatri that sometimes,

Numbing it from getting hurt over and over again.

Will tell a little girl,

Waiting for this night to end,

That her mother was a liar.

“Why are you standing in this row since so long ?

“I want to meet my mom dad as well, could I also get a ticket?”

“sure. come and stand behind me”

A 6 years old made everyone speechless when he asked,

“A ticket to heaven, please.”

As the date comes closer and closer

Getting inside study books

Throughout the whole day

Mother serves  breakfast, lunch and dinner on my table

Also milk and tea in between

Disconnected from the outside world

It’s just me and my study books

Whatever you have learnt

For the last 6 months

Will be drained on the answer sheet

In just a time of 3 hours

Is this called exam ??